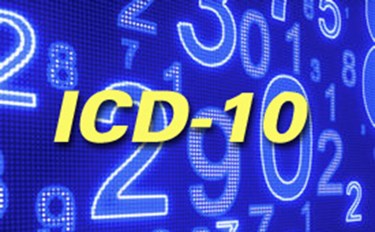 Many doctors and healthcare providers were in a panic over ICD-10’s Oct. 1 deadline. Numerous studies were performed, almost all of which showed near industry-wide concern that an extension was needed. According to Health IT Outcomes, "The healthcare industry is making painstakingly slow progress towards preparation, with only one-fifth of vendors halfway or less than halfway through product development."

There might be good news on the horizon though, for those unprepared providers. As explained by iHealthBeat, "The House-approved 'doc fix' proposal introduced by Rep. Joseph Pitts (R-PA) … would push back the ICD-10 compliance date to 2015." The measure continues, "The Secretary of Health and Human Service may not, prior to Oct. 1, 2015, adopt ICD-10 code sets as the standard for code sets."

CMS estimates “a one-year delay of ICD-10 could cost between $1 billion and $6.6 billion.”

Many healthcare providers are not happy to hear about the possible delay with FierceHealthIT reporting many providers claim to be more than ready. Linda Reed, VP and CIO of Morristown, NJ-based Atlantic Health System explains, “From a hospital perspective, enough already. We've spent the money, done the work, and started all the training. From a physician perspective, I'm not sure giving another year would make any difference in readiness. The extension from 2013 to 2014 didn't."

Theresa Meadows, senior VP and CIO of Cook Children's Health Care System in Fort Worth, TX, agrees, adding, "Delay would only require re-training and continued investment in additional resources to ensure what has been learned sticks."

Many CIOs believe that a one-year delay to MU stage 2 would make more sense than a delay to ICD-10. Indranil Ganguly, VP and CIO at JFK Health System in Edison, NJ, said, "MU Stage 2 is a separate issue, but that is where the current pain is, and a risk for missing out on the incentives that many organizations need to help subsidize the significant investments in technology that are being made."