Live Video Is Most Prominent Reimbursed Form Of Telehealth 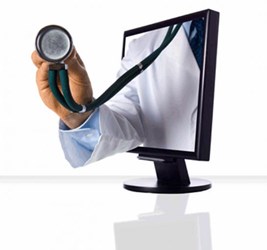 Definition and regulation inconsistencies still cause confusion nationwide, however.

While a number of states are expanding telehealth reimbursement, other are restricting them according to The Center for Connected Health Policy’s most recent annual guide on state telehealth laws and reimbursement policies for 2015. The report, State Telehealth Laws and Medicaid Program Policies: A Comprehensive Scan of the 50 States and District of Columbia, aims to provide the most current summary guide of telehealth-related policies, laws, and regulations across the nation and specified 11 telehealth-related policy areas ranging from the definition of the word telehealth/telemedicine to various reimbursements, consent issues, and online prescribing.

The report also found confusion among telehealth participants is common because of a lack of consistency in definition of telehealth and its regulation. And Alabama, New Jersey, and Rhode Island have yet to impose a definition for telemedicine at all.

An IHS Technology white paper projects there will be as many as seven million U.S. telehealth users by 2018. Given the potential benefits and cost reduction possibilities telehealth services offer, it is imperative to develop a comprehensive and consistent approach to reimbursement.

The most predominant reimbursed form of telehealth is live video. The District of Columbia and 47 states provided reimbursement for live video in Medicaid fee-for-service last year. Nine states reimburse for store and forward telemedicine, and sixteen states offer reimbursement for remote patient monitoring (RPM), remaining static from last year. Only five state Medicaid programs (Alaska, Illinois, Minnesota, Mississippi, and Washington) reimburse for all three telehealth services (live feed, store and forward, and RPM), an increase of one state since July 2015.

Some of the other key findings in the report include:

The study highlights the disparity in definitions between states, and underscores the importance of consistency in terminology and definition. States alternate between using the terms “telemedicine” and “telehealth,” with some using them interchangeably and others using them to define different aspects of the technology. Additional variations of the term are also appearing, including “telepractice” (specifically in physical and occupational therapy and speech language pathology) and “telepsychiatry” (in reference to psychiatry services).

Some states are also placing specific limitations on the definitions, limiting the term to “live” or “interactive” services, excluding store and forward or RPM services from acceptable forms for reimbursement. Most commonly, this excludes email, phone, and/or fax contact from the definition.

To date in 2016, 44 states have introduced more than 150 telehealth-related pieces of legislation. Many of the bills address different aspects of reimbursement in regards to private payers and Medicaid. Many states have proposed legislation for adoption of the Federation of State Medical Board's model language for an Interstate Medical Licensure Compact.