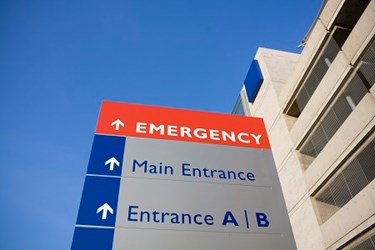 In the wake of rankings from Consumer Reports on patient outcomes, many doctors complain that length of stay - taken from Medicare billing data - is a poor indicator of complications after surgery

Health IT Outcomes recently reported on rankings by Hospital & Health Networks and U.S. News & World Report that listed the nations's top hospitals. H&HN  based its rankings on infrastructure, business and administrative management, clinical quality and safety, and clinical integration while U.S. News & World Report considered reputation, patient survival, patient safety, and care-related factors such as the amount of nurse staffing and the breadth of patient services.

Consumer Reports recently released its own study that found some of those top-ranked hospitals actually perform worst in terms of patient outcomes. For instance, two hospitals that ranked top in the nation for various specialties by U.S. News & World Report – Massachusetts General Hospital and the Hospital for Special Surgeries – got the lowest Consumer Reports ratings possible.

In the wake of this report, many hospitals and doctors are questioning the findings, criticizing the study’s methodology. An article on ABC News takes a look at the controversial study and the reactions from hospitals.

According to the article, Consumer Reports used Medicare billing data from nearly 2,500 hospitals to look at length of hospital stay after surgery, which they used as an indicator of whether or not patients were likely to have encountered other complications after treatment. This method of rating is considered unfair by many doctors.

In a statement, the Massachusetts Hospital Association said, “Consumer Reports’ continued efforts to rate U.S. hospitals result in greater confusion rather than clarity with an oversimplification of this extremely complex and important subject.”

Many doctors do not feel that length of stay is a good indicator of how well a surgery went. The ABC News article says even if it was, doctors are pointing out that specific hospitals routinely receive more complex cases than others. “This would skew their Consumer Reports ratings, they say, punishing them for taking the tough cases,” the article reads.

Dr. Michael Henderson, chief quality officer at the Cleveland Clinic (which also underperformed in the Consumer Reports rankings), references a study by the American College of Surgeons National Surgical Quality Improvement Program to show that the use of billing data is a bad indicator for patient complications. As most complications arise 7 to 10 days after patients leave the hospital, the use of billing data misses 61 percent of complications, he says.

According to Consumer Reports researcher Doris Peter, they tried to get clinical data, but were unable to obtain it. As such, they used length of stay from the Medicare billing data, adjusting it to account for hospitals that had more complicated cases and searching for outliers. “It’s the best we can do with billing data,” Peters says in the article.